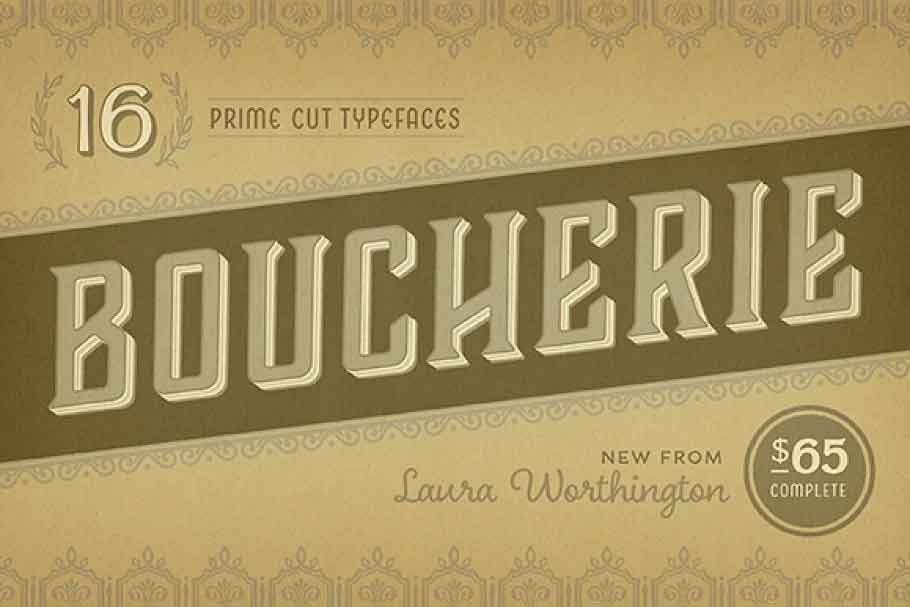 Finding fonts that work together to capture the aesthetic of an age is one of the biggest challenges designers face. Doing so without resorting to tired cliché fonts is even harder. Boucherie captures the lively essence of 19th-century French advertising typography with a collection of original designs, rather than strict historical revivals. Use Boucherie to create typographic compositions that are at once fresh and familiar.

With Boucherie, Laura Worthington provides four distinct display types – plus ornaments, catchwords, and frames – that beautifully complement each other while expanding the utility of the Charcuterie collection on which they are based. Details like low, slanted horizontals and generously proportioned bowls recur throughout both Boucherie and Charcuterie, providing subtly familial visual cues. While Charcuterie featured rustic hand-drawn faces based on Laura’s impressions of 19th-century French type and lettering, Boucherie offers the reverse: smoothed, polished, cleaned-up versions of those impressions. 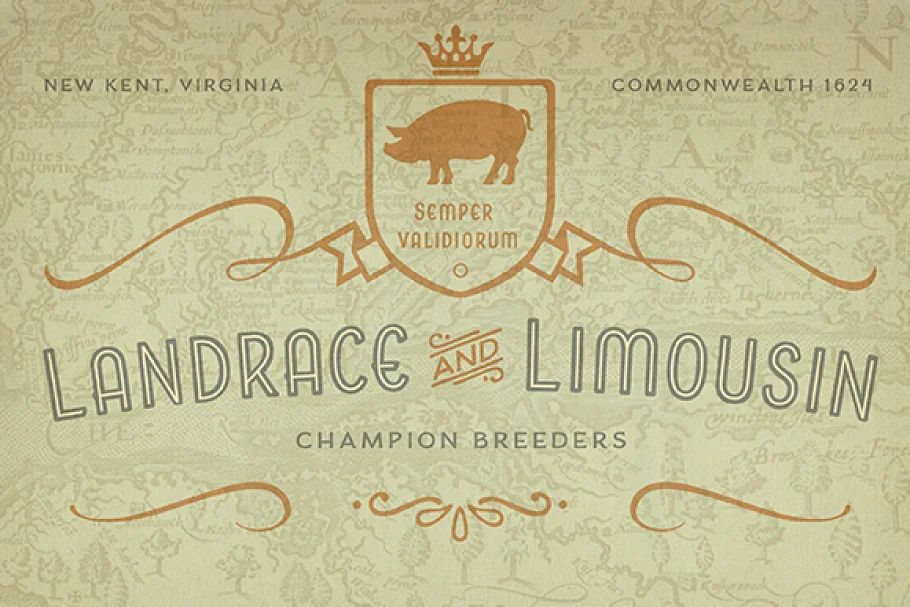 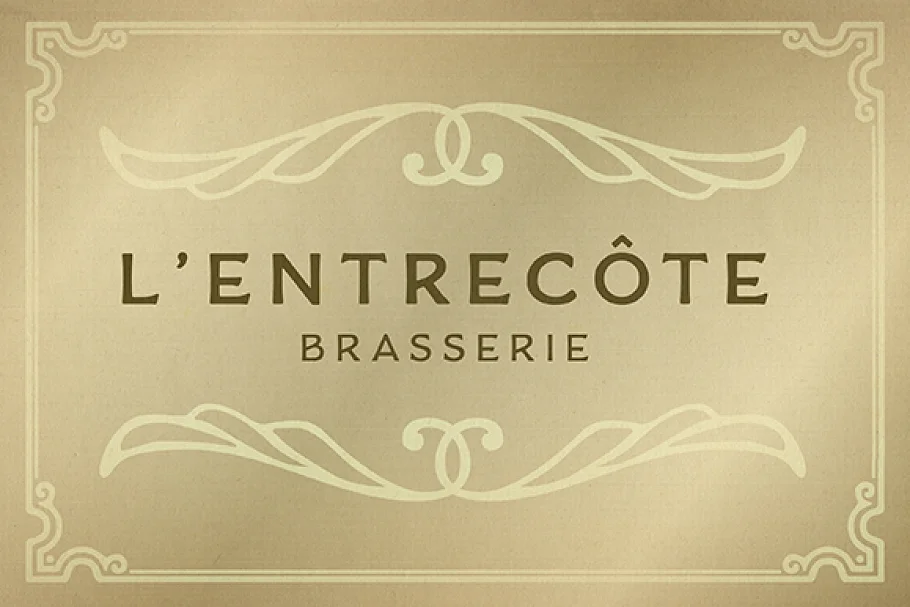 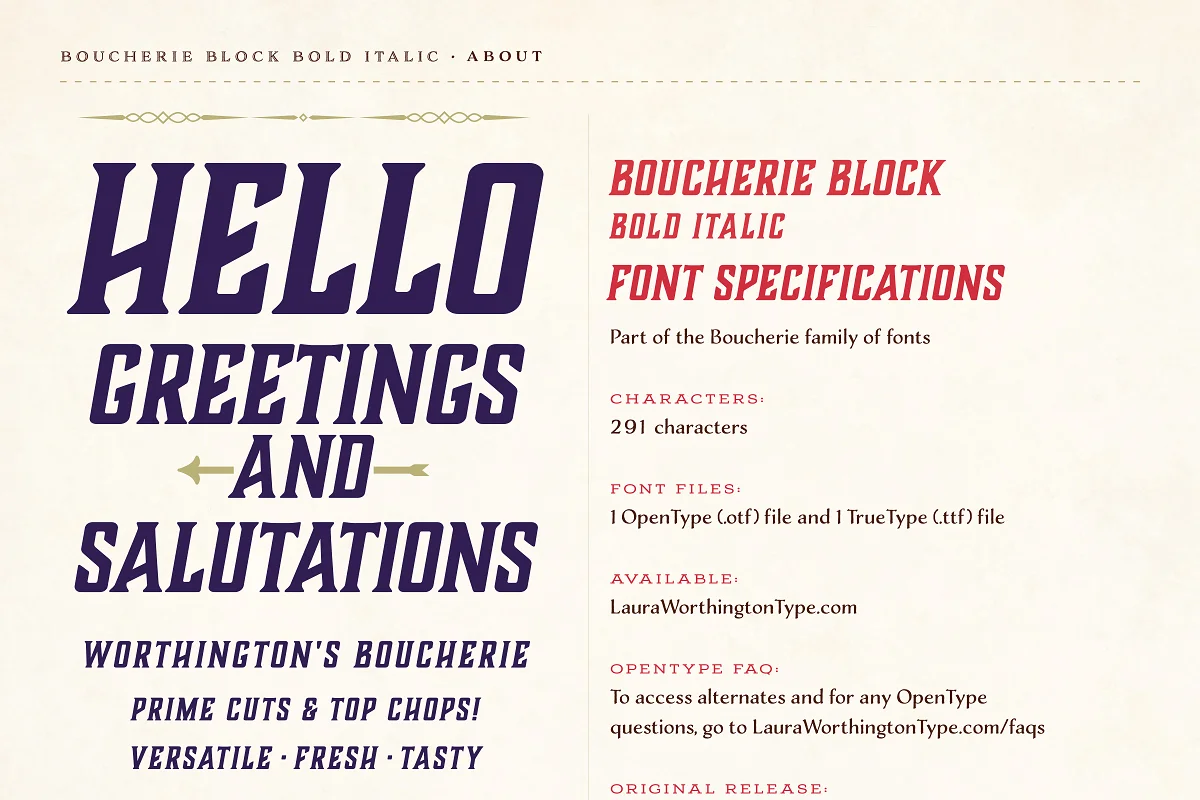 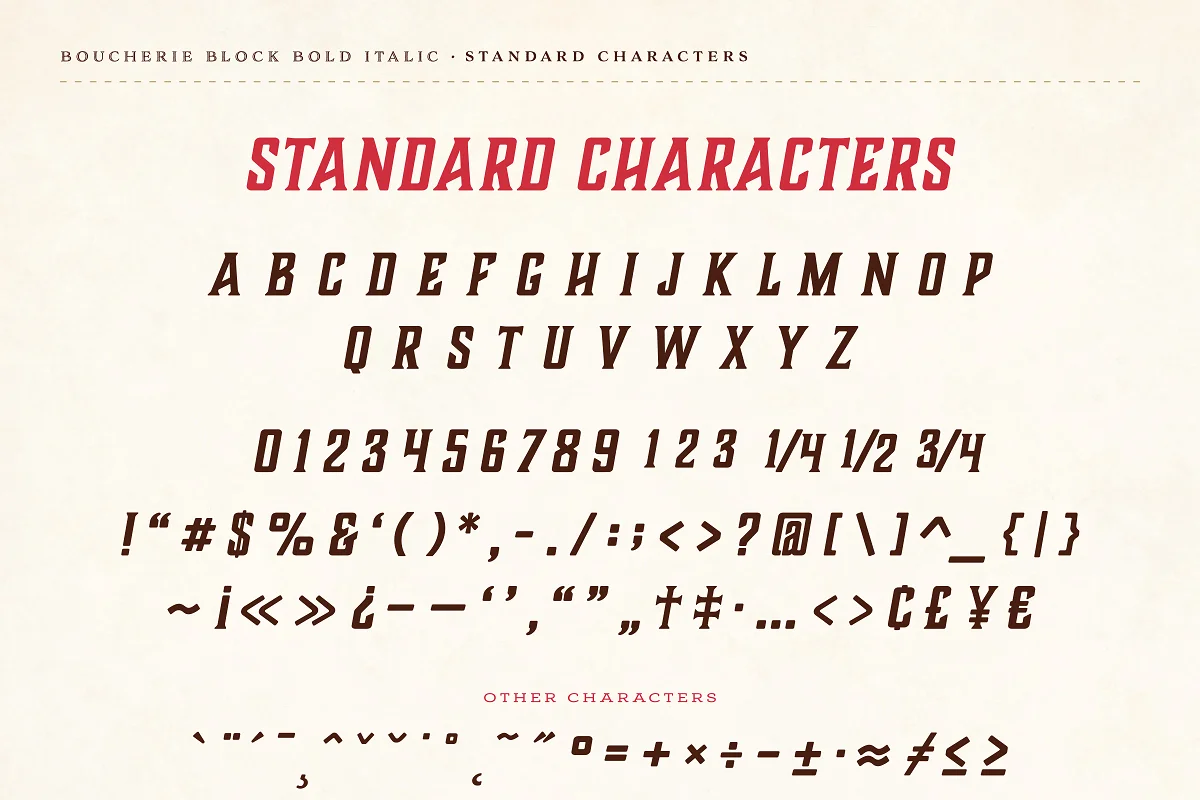 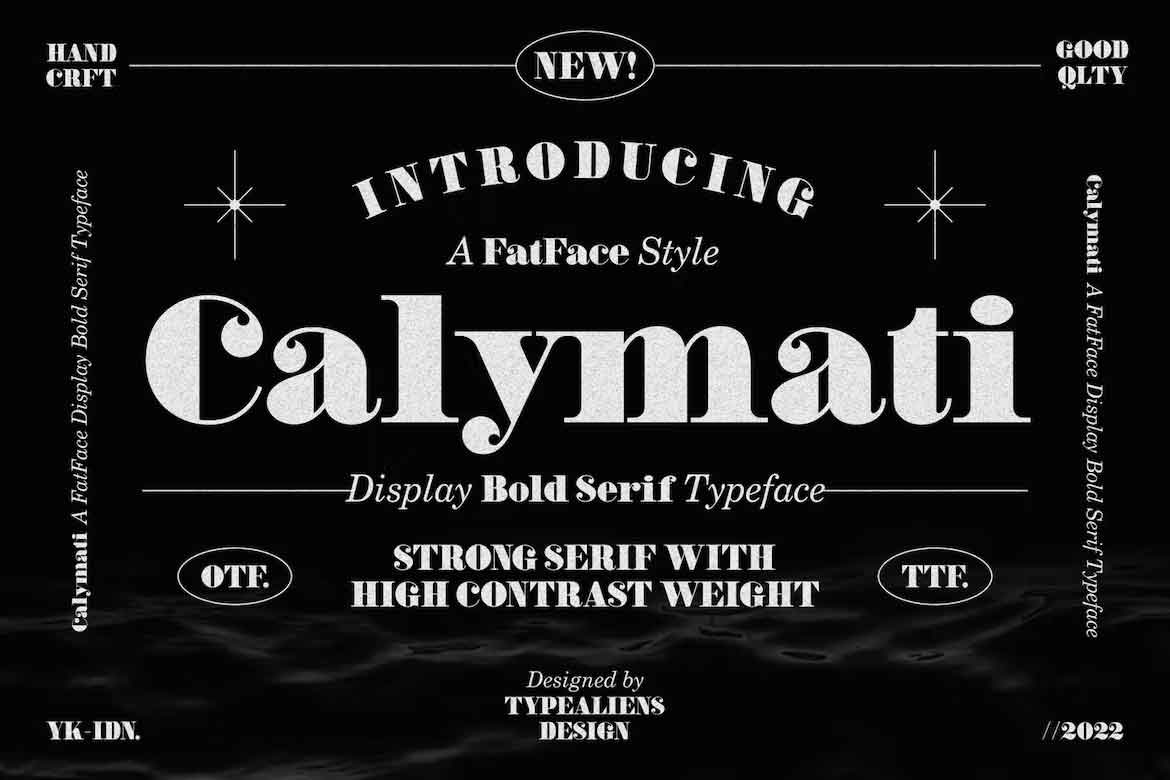 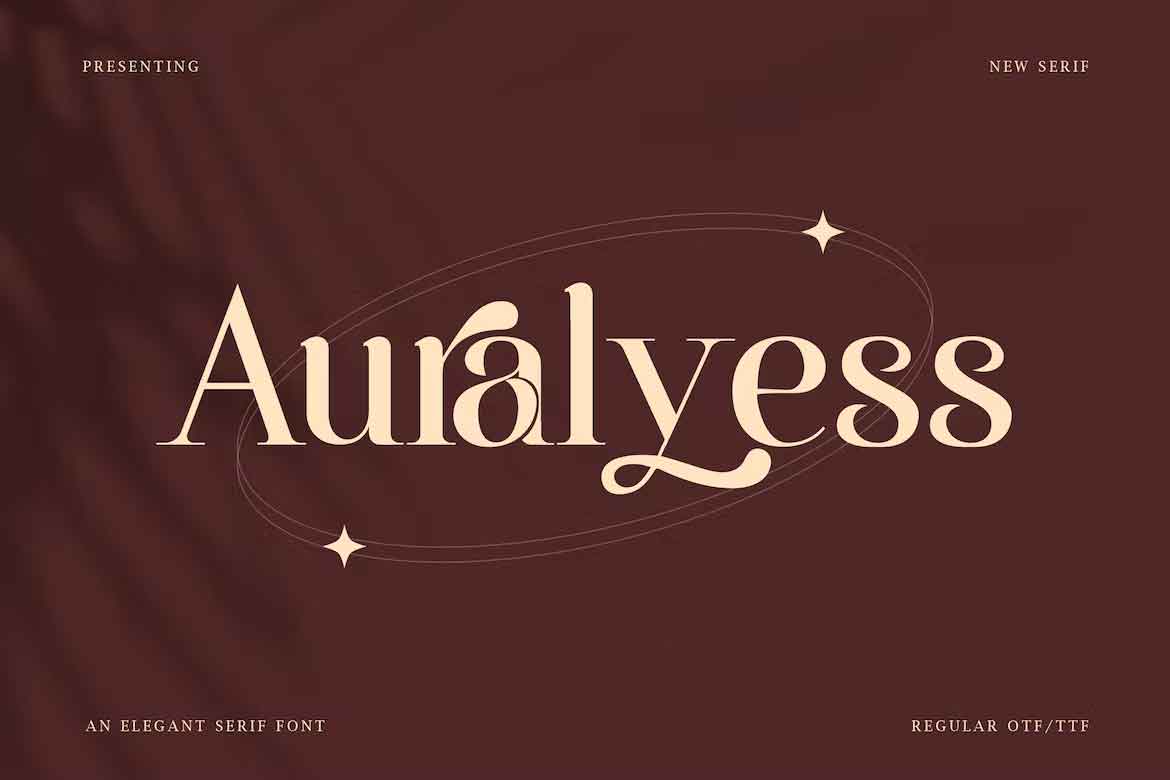 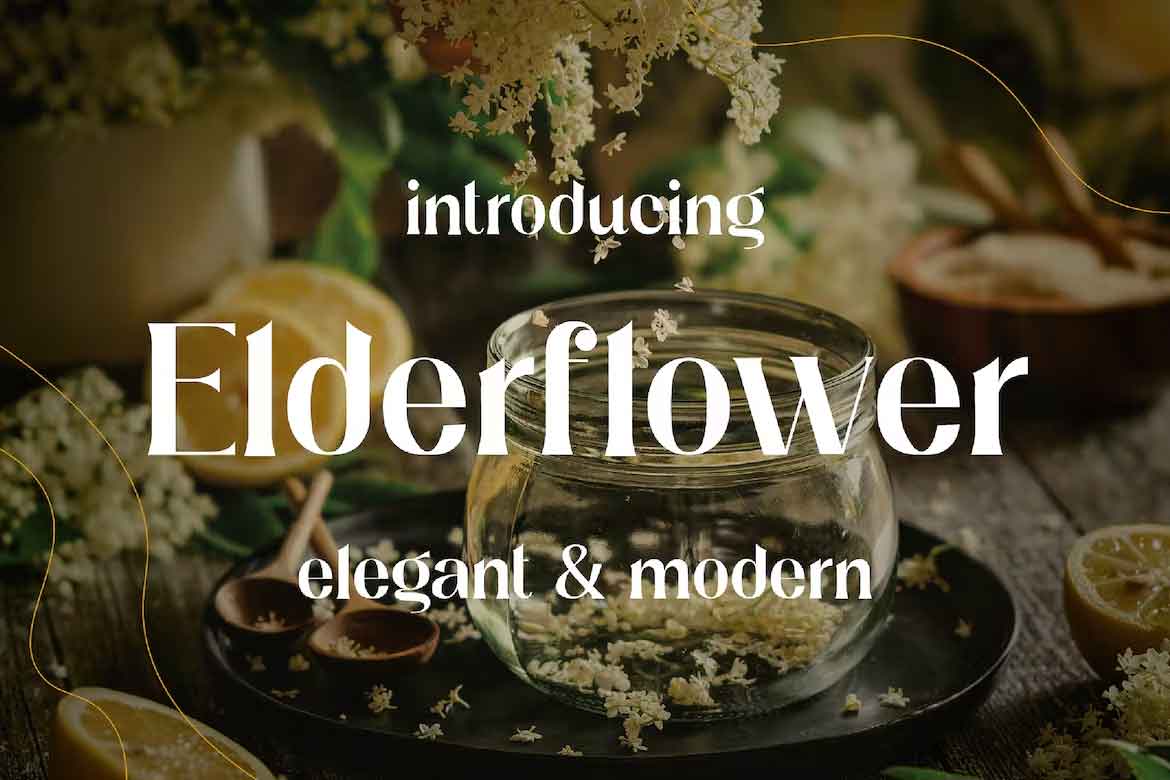 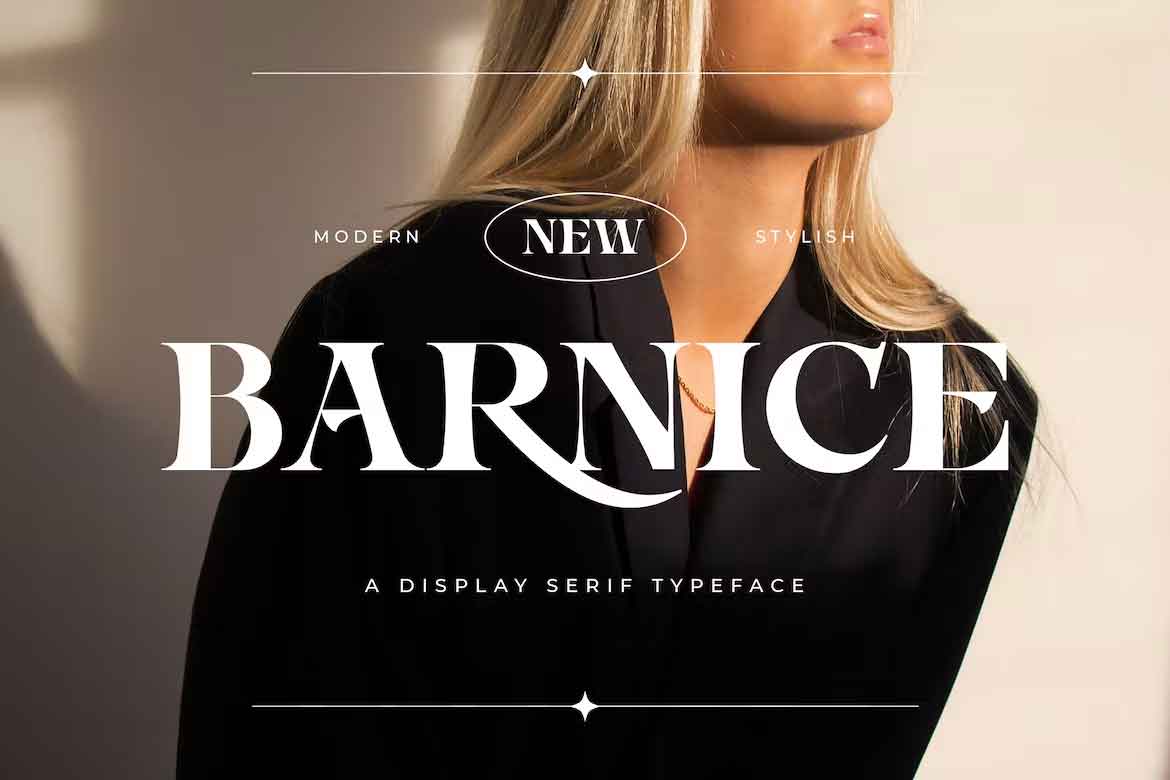